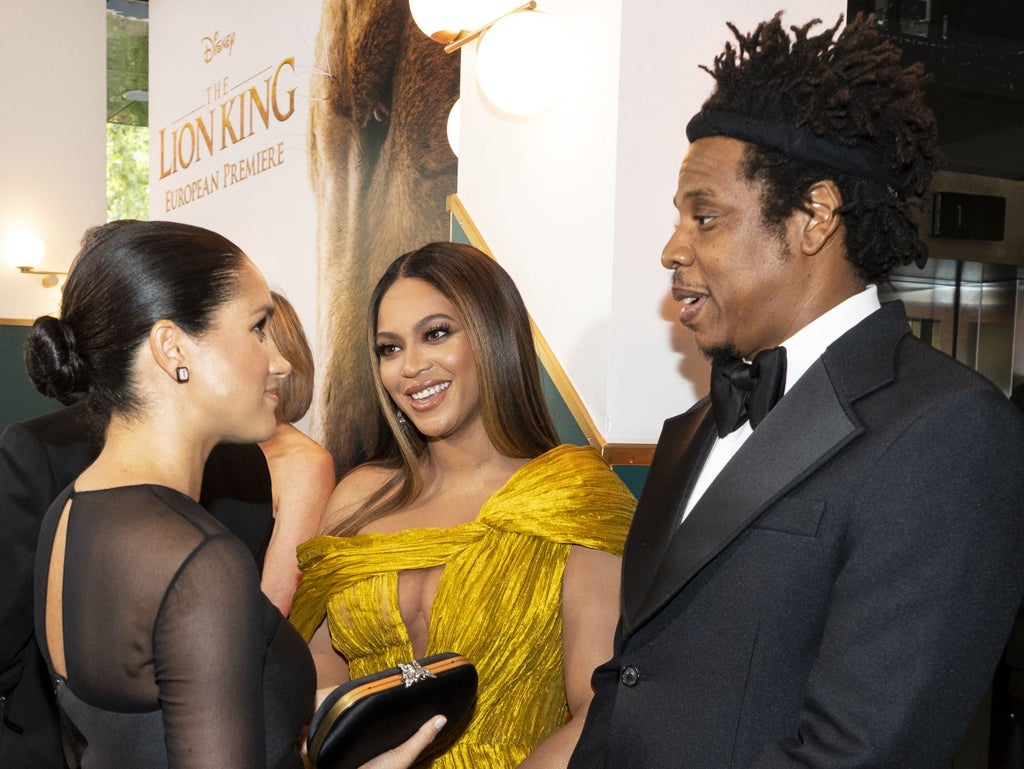 On Wednesday, the Duchess of Sussex celebrated her 40th birthday and while many people chimed in to offer their well-wishes, few will compare to those sent by Beyoncé.

The singer, who met Meghan at the UK premiere of Lion King in July 2019, shared a special message on the homepage of her website to mark the occasion.

Visitors to Beyonce.com will have seen that the first thing on the website is a childhood photograph of Meghan alongside the words “Happy Birthday Meghan Markle”.

Below Meghan’s image is a childhood photograph of Barack Obama, who also celebrated his 60th birthday on 4 August, alongside the same message.

A third and final photo of the actor Michael Ealy follows. The Think Like a Man star celebrated his birthday on 3 August.

It’s not the first time Beyoncé has expressed support to Meghan. In March, following the duchess’s bombshell interview with Oprah Winfrey, the musician shared a picture of their 2019 alongside the words:

“Thank you Meghan for your courage and leadership,” the singer wrote. “We are all strengthened and inspired by you.”

During the interview, Meghan spoke at length about her struggles with mental health during her time as a senior member of the royal family.

“I was ashamed to say it at the time… I just didn’t want to be alive any more,” she told Winfrey. “And that was a very real and clear and frightening and constant thought,” she said.

Markle also claimed that a member of the royal family relayed concerns regarding “how dark” the skin of their son Archie would be when he is born.

Buckingham Palace issued a statement in response to the interview, saying: “The whole family is saddened to learn the full extent of how challenging the last few years have been for Harry and Meghan.

“The issues raised, particularly that of race, are concerning. Whilst some recollections may vary, they are taken very seriously and will be addressed by the family privately.”

Meghan revealed on Wednesday that she would be celebrating her 40th birthday by launching a new initiative, 40×40, for which she has asked 40 women to donate 40 minutes of their time to help mentor a woman who is going back into the work force after the pandemic.

Among those who have offered to take part are singer Adele, poet Amanda Gorman, Sophie Gregoire Trudeau, the wife of Canadian Prime Minister Justin Trudeau, and fashion designer Stella McCartney.

You can find helpful tips on how to start a conversation, or if you are worried about someone else, on the Samaritans website.

You can contact the Samaritans helpline by calling 116 123. The helpline is free and open 24 hours a day every day of the year.

You can also contact Samaritans by emailing jo@samaritans.org. The average response time is 24 hours.