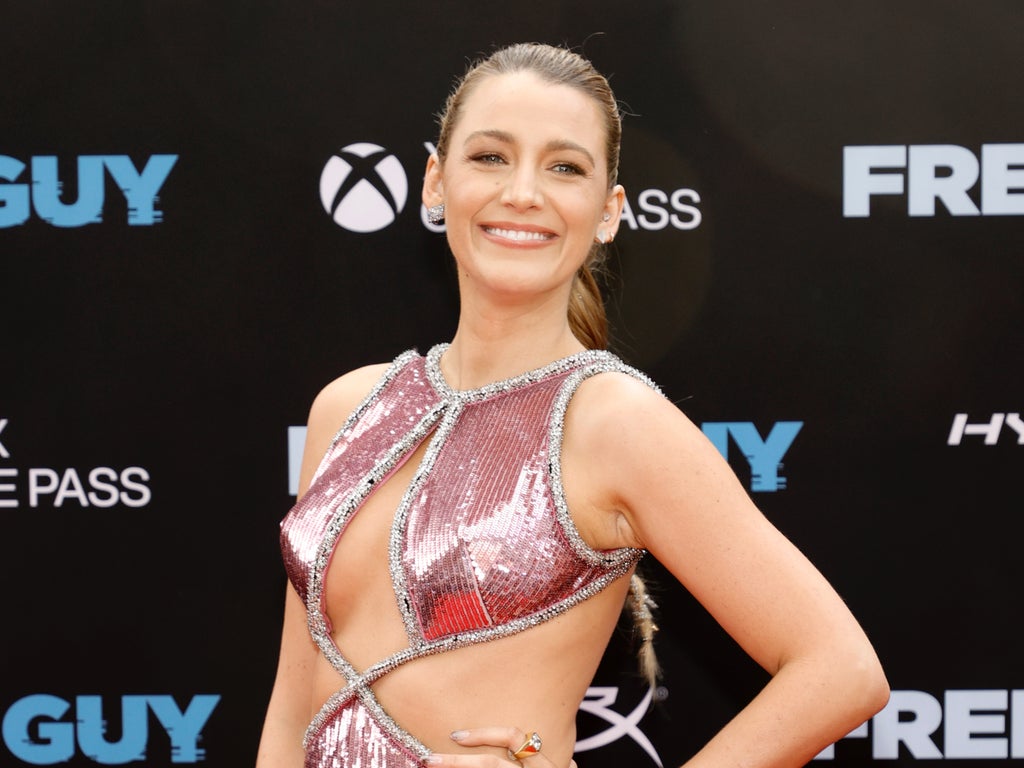 Blake Lively has shown off her relatable side with a photo of herself wearing a pair of white high-topped Converse sneakers and a gown for husband Ryan Reynolds’ movie premiere.

On Tuesday, the couple appeared on the red carpet for the premiere of Free Guy, with Lively wearing a pink sequin gown with cutout details by Prabal Gurung for the event.

The Gossip Girl star accessorised the look with a high ponytail and Lorraine Schwartz jewellery, while opting for a pair of nude Christian Louboutin heels while walking the red carpet.

However, the 33-year-old didn’t spend the entire night in heels, as she later revealed on her Instagram Stories that she eventually changed into a pair of Converse sneakers, but kept her gown on.

In the photo, Lively can be seen smiling down at her feet as she holds up her sparkling gown to reveal the white high-top sneakers. In addition to tagging the Free Guy movie, the actress also tagged her husband in the photo.

This is not the first time that Lively has shared her affinity for comfortable shoes, as she recently revealed that she and Reynolds celebrated the 10th anniversary of their first date by returning to the same restaurant, but that this time she was dressed slightly differently.

The actress shared the detail about their date night recreation with an Instagram photo of herself and Reynolds smiling with their arms around one another, which she captioned: “10 years later, we still go out on our ‘first date.’ But in much more comfortable shoes.”

Following the couple’s return to the red carpet, Reynolds also found an opportunity for humour, with the Deadpool actor sharing a photo of himself and Lively and joking that they had finally gone “Instagram official”.

The couple, who share daughters James, six, Inez, four, and Betty, one, married in 2012 after meeting in 2010 on the set of Green Lantern.

EV tax credits could expand to used car purchases: What to know

Tokyo 2020: Sprint star Noah Lyles wants to be example to anyone struggling with mental health

The best way to Discover a Job You Will Love

8 Keto Eating regimen Myths and Details: What You Must…