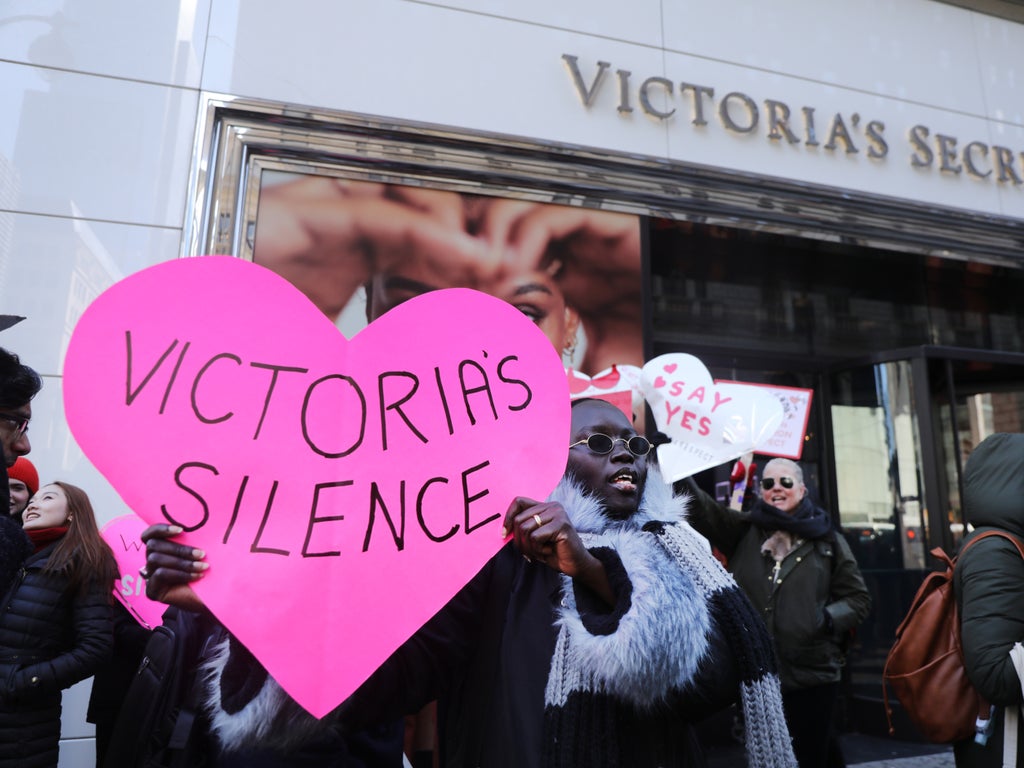 The podcast, called “Fallen Angel”, promises to explore a darker side of the lingerie brand, which underwent a rebrand earlier this year.

Victoria’s Secret retired its iconic Angels for a more inclusive and diverse model repertoire. The brand launched its own podcast, “VS Voices” at the start of October as part of the rebrand, but “Fallen Angel” is an unauthorised podcast produced by C13Originals and Campside Media.

The hosts, journalists Vanessa Grigoriadis and Justine Harman, hear from former VS models and executives who speak about the dark side of working for the brand.

In the first two episodes of “Fallen Angel”, which were released on Wednesday, a former executive named Cindy recalls being seated next to Epstein at a birthday party Wexner held for his mother.

She said Epstein invited her to an exclusive afterparty at Wexner’s house, adding: “There was something that just didn’t seem right about it.

“I was, if you will, the hired help. And my boss is having an afterparty to which he didn’t invite me? I don’t even know who this guy is, so I declined.”

Cindy claimed that Epstein tried two more times to invite her to meet with him, once in Columbus, Ohio, because he “could use some female companionship”, and another time asking her to join him in Aspen for another party held by Wexner.

In 2019, a report by The New York Times revealed how Epstein, a former financier, developed “an unusually strong hold on Mr Wexner”. Over the course of their working relationship, Wexner signed a legal document that gave Epstein the “full power and authority to do and perform every act necessary” for the former CEO.

Through a spokesperson, Wexner insisted he was “never aware of the illegal activity” Epstein was charged with at the time.

Epstein died in prison on 10 August 2019 after he was convicted of sexually abusing scores of young girls. He was facing up to 45 years in prison and was pending trial when he reportedly died by suicide.

Victoria’s Secret also faced backlash after it was revealed that Ed Razak, now the ex-president and chief marketing officer of Victoria’s Secret parent company, L Brands, was accused of inappropriate conduct towards models working for the brand.

The beleaguered brand also faced a lawsuit filed by L Brands later that year, alleging Victoria’s Secret has had a “toxic culture of sexual harassment, discrimination, and retaliation” for years.

The producers of “Fallen Angel” said some former VS models they interviewed for the podcast were led down “a dangerous path of eating disorders, poor health, depression, anxiety and other issues”.

New episodes of “Fallen Angel” are released every Wednesday, and is available on Apple Podcasts and Spotify.

Advanced Statement Of The Problem

How jumpsuit trends have changed over the decades