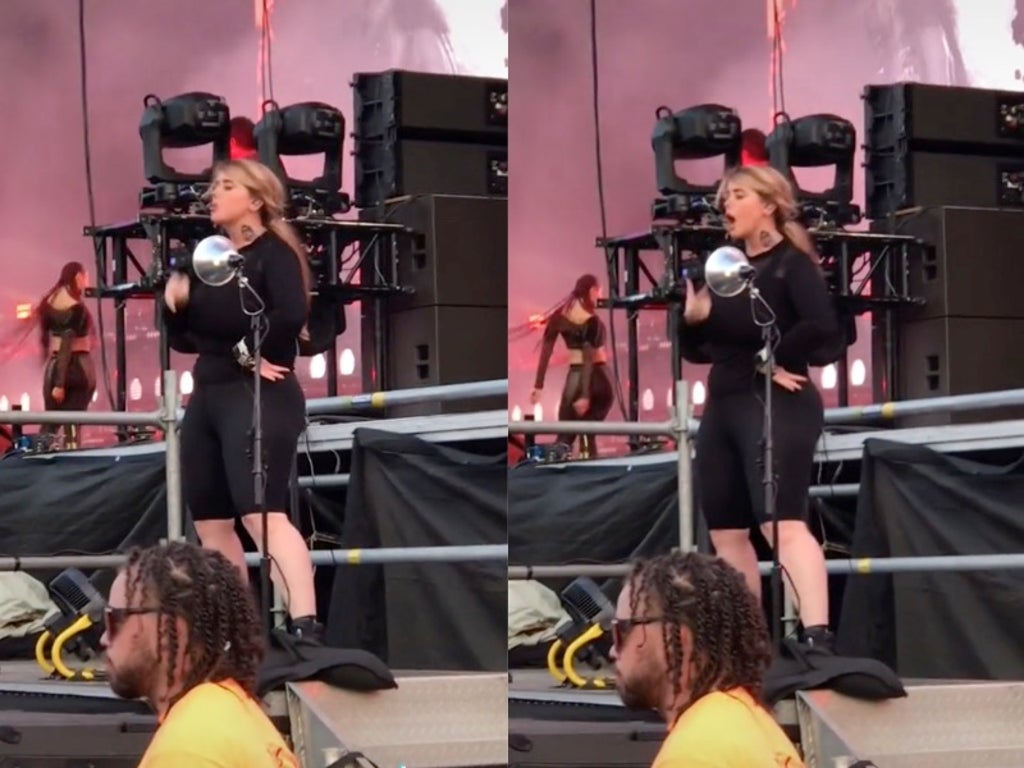 A TikTok of an American Sign Language (ASL) interpreter translating Megan Thee Stallion’s WAP has gone viral after concert-goers were impressed by the dedicated performance.

Over the weekend, Megan Thee Stallion performed at Lollapalooza, where she sang her and Cardi B’s song WAP for thousands of attendees.

However, one attendee, Guilherme Vital Senise da Silva, was more interested in the performance of sign language interpreter Kelly Kurdi, who was on stage translating the explicit song for those deaf or hard of hearing.

According to da Silva, who shared a portion of Kurdi’s translation on TikTok, he filmed the performance after wanting to check “how the interpreters were signing WAP”.

In the clip, Kurdi can be seen dancing while signing the song, with some of the hand gestures she used to indicate choking and gagging deemed more “explicit” than the actual lyrics.

The TikTok has since been viewed more than 10.7m times, with thousands of people expressing their appreciation for Kurdi’s dedication to translating the song.

“She deserves a raise OMG,” one person commented, while another said: “She makes it look like some type of choreography. Yes queen.”

Someone else added: “That interpreter is fabulous in every way.”

Others joked about the cruder gestures, with one person writing: “Why was that more inappropriate than the actual song.”

The clip of Kurdi’s performance also made its way to Twitter, where a tweet sharing the video and declaring: “Excuse me but the sign language interpreter during Megan’s performance of WAP must be seen,” has been viewed more than 3.3m times.

Following the viral response to the video, Kurdi thanked everyone for the praise, while also taking the opportunity to amplify the work of ASL teachers and call attention to deaf influencers and content creators by linking to their pages.

“If you’re new to my page you’ll quickly see this is a space meant to amplify the work of Deaf creators and to provide access to social media content for the Deaf community,” Kurdi’s Instagram post read. “I’m a hearing interpreter so I do not teach. In this post I will direct you to some amazing Deaf ASL teachers, Deaf influencers, and other Deaf content creators.”

The ASL interpreter then went on to encourage her fans and followers to “do your part to make the world more accessible,” with Kurdi urging individuals to add captions to their content, provide ASL interpreters whenever possible, to support deaf creators and to learn more about the deaf community.

“Thanks for the love on my page from hearing people but I’m just an interpreter passionate about providing access to a community I love and have learned everything from,” Kurdi added in the caption of the post.

A guide to all the Dune terminology you need to know