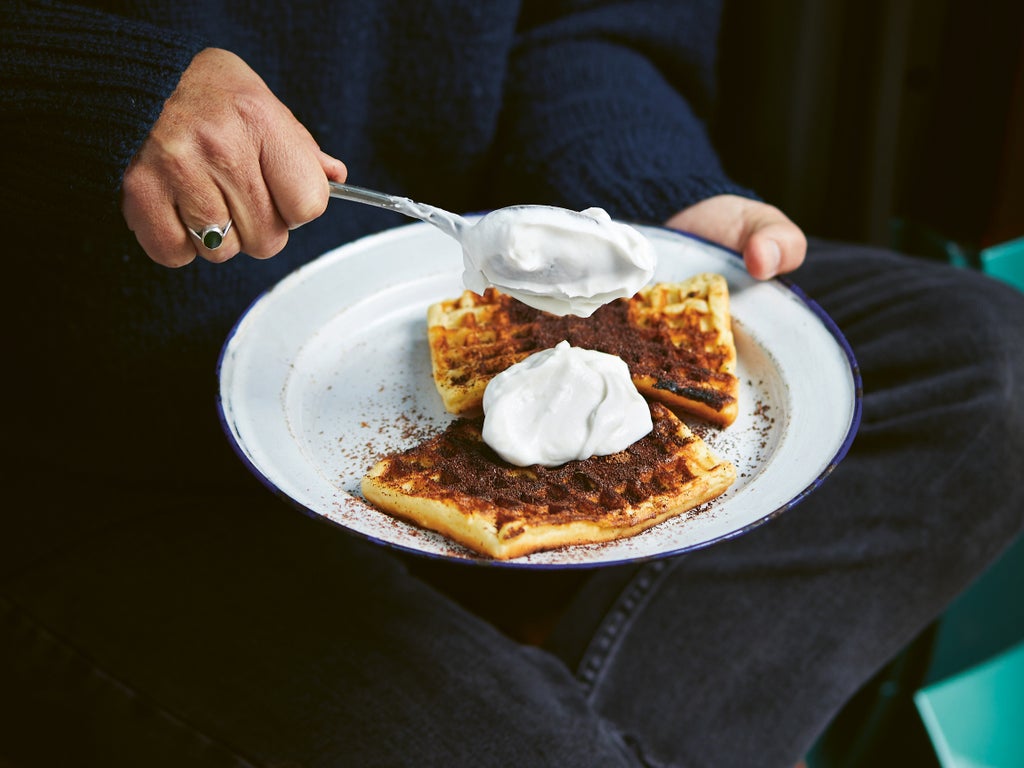 This is one of chef and cookbook author Claire Thomson’s go-to desserts, when holidaying in a VW camper van with her family.

“You can buy nice waffles in the supermarket these days,” she explains. “Popping those on a grill to warm up and then just grating dark chocolate and serving that with coconut yoghurt – that’s a really quick pudding. Why have just a marshmallow when you can have coconut waffles?”

About ¾ cupful coconut yoghurt (about 200g)

1. Divide the chocolate into four portions at the ready.

2. Toast the waffles, over a grill or in a dry frying pan over a moderate heat, until warm and golden. Transfer the waffles to four serving plates (two waffles each).

3. Immediately sprinkle one of the portions of grated chocolate over each serving, repeating until all the waffles have a melty chocolate topping. Divide the coconut yoghurt between the four servings and tuck in immediately.

The Great Friendship Cull: How we curated our friendships over lockdown